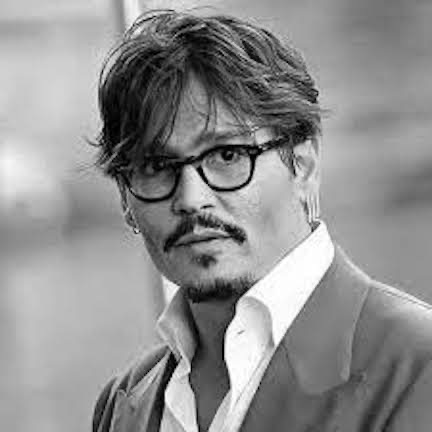 Johnny Depp’s trial with ex-wife Amber Heard brings the subject of abused men out into the light.

According to the National Coalition Against Domestic Violence (NCADV), one in four men will experience some form of physical or emotional abuse in a relationship during their lifetime.

The numbers tell a story that is not often told. The fact is that these men, for the most part, do not speak up, silencing their voice in confusion because their wives are emotionally or physically abusing them.

In our society, even today, gender stereotypes still exist. The strong man dares not speak up about his female partner.

We often imagine women as the victims of domestic abuse, not the idea of a man experiencing abuse. The truth is that men can and do experience abuse in their relationships. This can simply go unnoticed and create long-lasting problems.

If you’re experiencing abuse, you’re all too aware of this. And you may feel isolated and possibly ashamed of your circumstance.

But you’re not alone.

I have known of a handful of men abused by their partners. One man was abused by his mother. I have known verbal abuse in more than one relationship.

Male abuse survivors are more common than you might realize, and the abuse can vary greatly.

How can something as serious as abuse in a relationship be overlooked? If a man is being abused, wouldn’t we know it? Wouldn’t we see it?

The answer is probably not.

People, especially the men living with it, don’t talk about it — even if they realize it’s happening.

But a woman controlling or abusing a man? This must mean the man is weak and easily manipulated, right?

It’s common for those experiencing abuse to have trouble seeing it and resist admitting it. It’s an ‘I can handle it on my own, like a man’ mentality that prevails.

For a man in particular, though, admitting that he’s being abused in his relationship can be emasculating and developing coping skills, including denial, so that he can exist in his life.

Abuse isn’t just physical. It’s far more likely that the man experiencing abuse is dealing with emotional, psychological, verbal, and even sexual. Threats of harm to himself or his partner may threaten to harm herself to manipulate verbal harm.

Johnny Depp’s ex-wife Amber abused Jonny on every level imaginable, and as the stories unfold, it is hard to perceive. YouTube the trial. She would rage at him and threaten to kill herself. The seriousness of both of their madness shown in the trial is incredulous. I am sorry for the pain and raw exposure that this is bringing.

However, I am glad that the taboo subject now can be heard and has a voice.

Our society has a blind spot for the relationship abuse men can experience, which means we fail to notice how much more common it is than we want to believe.

Signs of abuse in men.

No matter how the Depp/Heard trial turns out, the subject of males being abused may never be the same. The whole mess is terribly sad, as is anyone in such a violent relationship.

My Mantra: “Getting the help that you need is empowering”